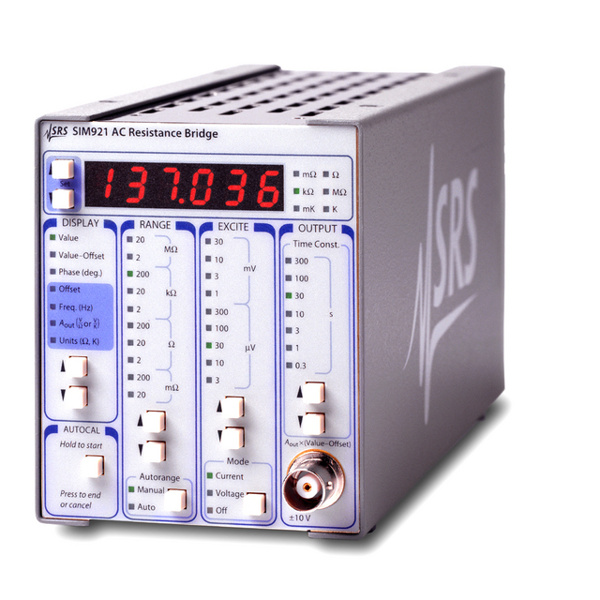 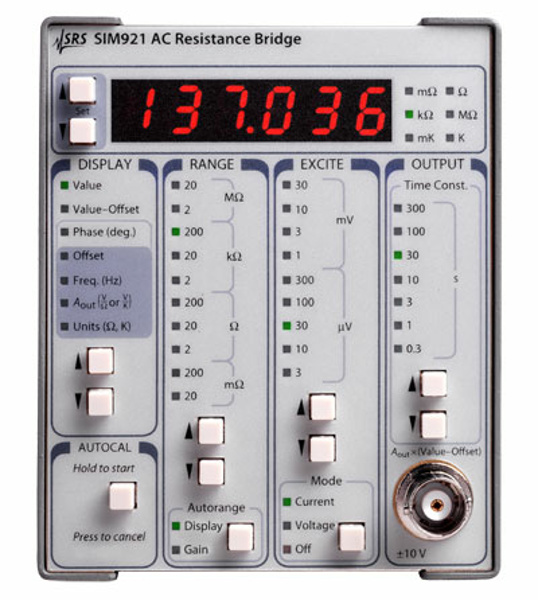 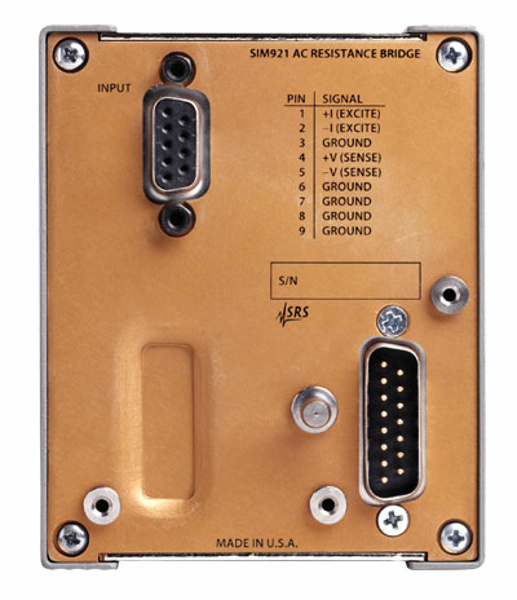 The SIM921 AC Resistance Bridge is a precision, low-noise instrument designed for cryogenic thermometry applications. With excitation power below 100 aW, thermistors and other resistive samples can be measured at temperatures below 50 mK with negligible self-heating errors.

The SIM921 measures resistance using a four-wire circuit, eliminating the direct effect of lead resistance on the result. Thermal EMFs and amplifier offset drifts are avoided by using an AC excitation current source.

The excitation frequency can be adjusted from 2 Hz to 60 Hz, either from the front panel or over the computer interface. This flexibility allows the user to operate at a synchronous sub-harmonic of the power line frequency (such as 15 Hz/12.5 Hz) or at some incommensurate frequency, depending on requirements.

Multiple SIM921s can be operated at different frequencies in the same experimental set-up without risking in-band crosstalk. Also, for very high impedance measurements, the variable frequency makes it possible to probe any capacitive effects in the resistance result.

The actual determination of resistance is achieved ratiometrically, passing the selected excitation current through both an internal, high-stability reference resistor as well as the user's device under measurement. An internal autocal is available to calibrate the two arms of the ratio readout for greater accuracy.