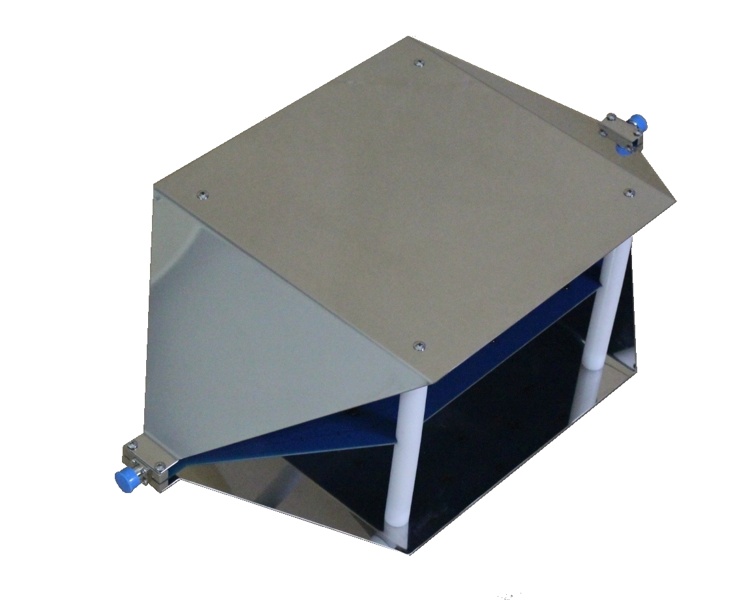 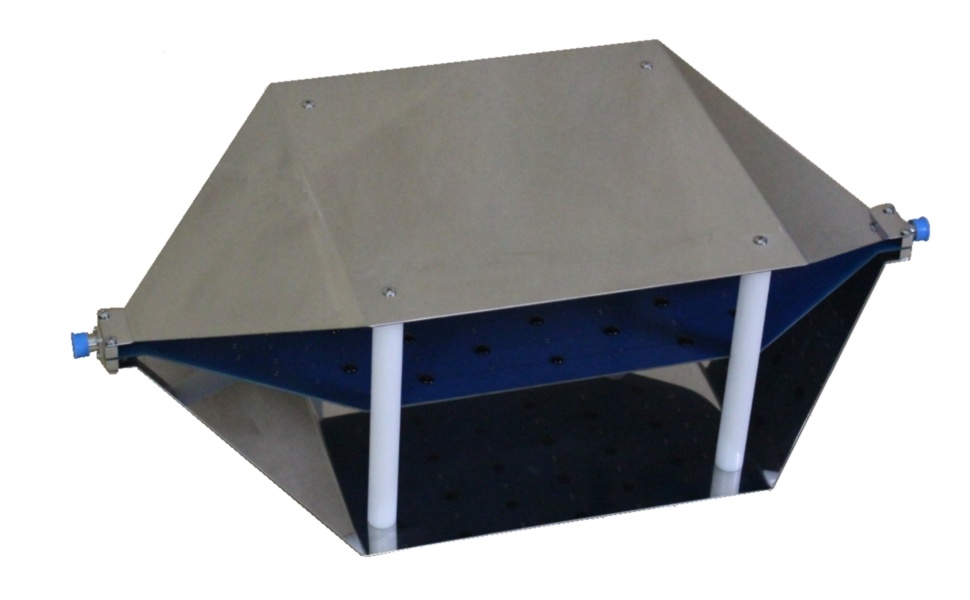 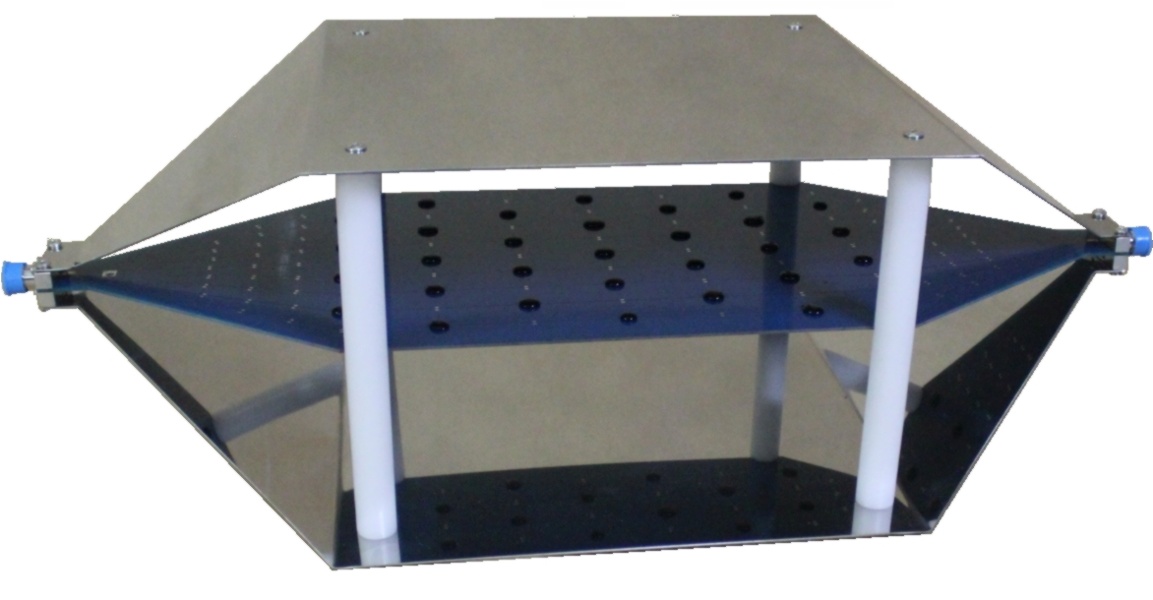 A TEM cell is the right piece of equipment for desktop testing of radiated emissions.

Tekbox developed the TBTC2 to cover the complete frequency range up to 2GHz and with usability even at frequencies beyond.

Combined with a spectrum analyzer, products can be tested before and after EMC related design modifications.

A set up with a TEM cell will not deliver exactly the same quantitative results as a measurement in a certified test house, however it will give an excellent indication on whether the design suffers from excessive radiated noise or not.

The engineer will clearly see, whether his changes improved or deteriorated the EMC performance or whether it remained unchanged.

The TBTC2 eliminates the guesswork.

A TEM cell is a stripline device for radiated emissions and immunity testing of electronic devices.

It is not a replacement, but due to its size and low cost it is a convenient alternative to measurements in an anechoic chamber.

A TEM cell consists of a septum, the conductive strip in the centre section and walls which are connected to ground. The geometry is designed to present a 50O stripline.

The device under test (DUT) is placed in between the bottom wall and the septum.

The TBTC2 is a so called "open TEM cell", which got no side walls for convenient placement of the DUT. It may pick up RF background noise, which however can be taken into account by doing a measurement of the cell output signal before powering on the DUT.

The TBTC2 got a better frequency response compared to standard TEM cells of similar size.

A unique design feature of the TBTC2 implements resistance perpendicular to the desired propagation direction of the wave.

The device is supplied together with a 50O/25W RF termination and a DC block to protect the spectrum analyzer or RF receiver input.